In the ‘ What makes a humanitarian? ’ series, we ask the CanDo community about their experiences of making a difference and the challenges people face when it comes to taking action. 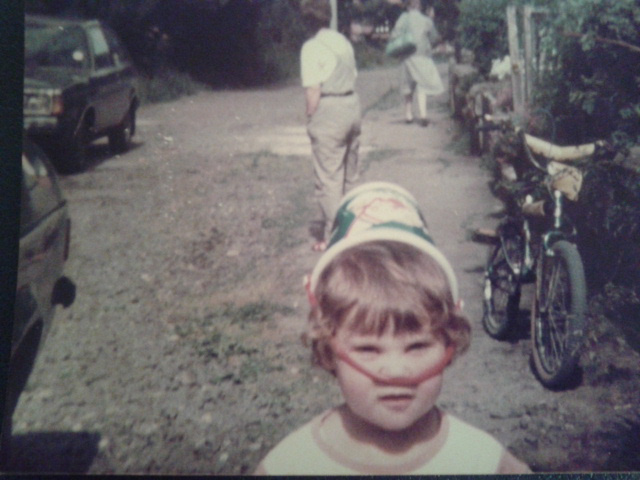 Claire in the 80s, before she got serious.

When I was five-years-old, the already long-standing BBC’s Children in Need introduced iconic mascot Pudsey Bear, Comic Relief burst onto our screens, the history-making Live Aid concert was the event of the summer, and images of the ongoing Ethiopian famine were being broadcast across all four channels. These events would become my earliest memories of mass collective action and my first glimpse into the lives of children living outside of my home town in Northumberland.

Children in Need was a particular family favourite. Long before the days of the internet and with only four channels to choose from on our rented TV, there was a real sense of occasion to the broadcast. I remember being allowed to stay up late while the counter on the screen rolled ever upwards, and of being allowed to call in to make a pledge over the phone. It was thrilling to be part of the action, to have entered into this world that felt very grown-up and full of purpose.

My first experience of getting involved in the action (other than generously pledging my parents’ money down the phone) was when I was around nine-years-old. I remember doing a sponsored silence at school to raise funds for a good cause (I can’t remember which one, perhaps it was just for a new piano for the music room, or a ploy to get us to be quiet for an hour). At 13, I took part in World Vision’s 24 hour famine, and in the 26 years since I have run a half marathon in aid of a children’s charity, hosted a whole bunch of Christmas parties to raise money for the homeless, and asked guests to swap wedding gifts for charity gifts to help celebrate my big day. I have sponsored friends to do mud runs, coast to coast bike rides and countless 10ks. I have donated to Christmas appeals for older people, contributed to crowdfunders to get kids outdoors, and bought sanitary products for refugee women.

I’ll never be named Humanitarian of the Year; in the wider context these actions are tiny. But if they have had an impact on just one life, then that’s good enough for me. Too often, I hear from friends that they are overwhelmed by the sheer scale of the world’s problems and so end up doing nothing - they feel that their tiny actions won’t matter. But I think they are wrong.

I believe that turning our concern for others into action - however big or small - is integral to making change. As a Frasier super-fan, I find comfort in the words of Niles when he is disappointed in Frasier and Martin for roping Daphne into helping them with chores that have been piling up. Advising them to clean as they go, he says: “Small, consistent efforts, that's what it takes. Just like managing one's cuticles.” I couldn’t agree more. And I intend to continue to modestly raise, share, donate and do more things to chip away at the world’s problems for the next 26 years - and (hopefully) beyond. 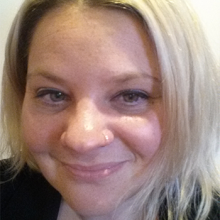