Updates from the Ground: September

As the Syrian war enters its 9th year, millions of Syrians are losing their families, homes, and their voice. As for the children, some of them are growing up knowing nothing but war and conflict. At times you may want to look away. But we feel it’s important to stay engaged: to show the truth, even when it’s hard, as well as the stories of hope and resilience from our partners who are right there on the frontlines. 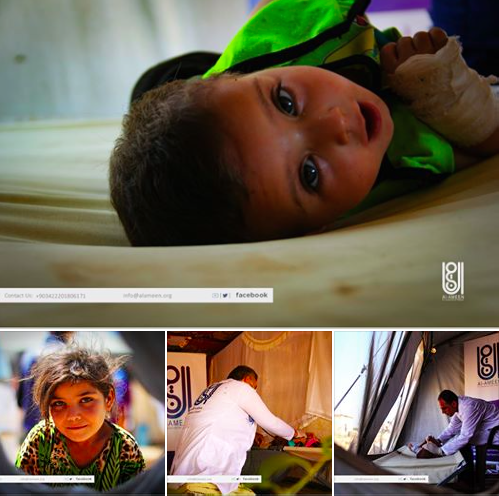 Images from our partners work

As the escalation of hostilities enters its fourth month now, the humanitarian situation for people in northwest Syria continues to deteriorate. Following the collapse of a conditional ceasefire on 5 August, government forces have taken control of several towns and villages in northern Hama. A renewed ceasefire began on 31 August, after which airstrikes reportedly ceased with the exception of an airstrike carried out by US Forces on a facility allegedly used by Al Qaeda-affiliated groups on 31 August. However, shelling reportedly continues to affect communities across southern Idlib.

Unfortunately, large scale and frequent population movements caused by these shellings pose a particular challenge to humanitarian partners. More than 600,000 individuals have been displaced in north-west Syria since the beginning of May (OCHA, as of 29th August). Immediate concerns for those recently displaced include a lack of latrines, privacy, sufficient hygiene and dignity kits, as well as access to sufficient quantities of safe drinking water. There is a shortage of shelter options, increases in rents and some displaced people forced to sleep out in the open.

During the last week of August, through their project Community Health Heroes, Al Ameen managed to reach the people in the rural area of Murat Elnuman with the help of the CanDo team. Thankfully, through the courageous medical mobile teams, they have provided treatment to thousands of people there, despite the security situation.

Also, Al-Ameen’s lovely programs coordinator Ahmad is moving on to new adventures and we’re excited to hear what he gets up to next. 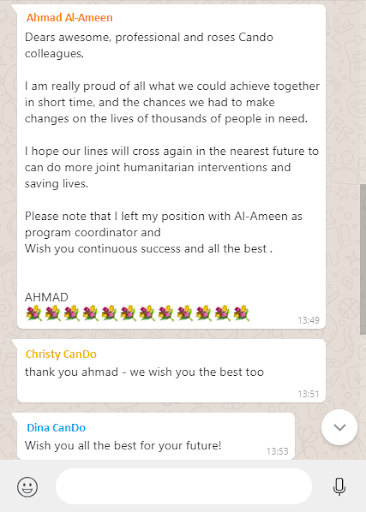 Saying our goodbyes on the CanDo-Al Ameen Whatsapp group

Over the last month, The Independent Doctors’ Association faced great deal of security challenges as well as the struggling to find vital medicine stocks needed to keep treating people (you can help this campaign here). However, we’re always glad to know that they are fighting to ensure that Hope Hospital is working at full capacity with the help of its warrior doctors, nurses and workers. If you haven’t already seen it, have a watch of Head Nurse Malakeh’s story, explaining what it means to her to be able to heal her own community.

As for Hurras, they’ve shared with us such a heartwarming success story from their previous campaign, Protect Our Children. They managed to distribute an incredible 688 protection kits for children living in camps. Mariam, a 9 year old girl who lost all her friends as well as her favourite toys and sketchbook when her family fled the war, finally felt a ray of sunshine. She describef her happiness when she saw the white vans approaching her camp, bringing the Hurras team to play games with the children and distribute their kits.

“This was the first time that I laughed since we got out of our house. I have new pajamas, a towel and a toothbrush, new shoes, new color pencils and a sketchbook, and many beautiful things which made me happy even though I am still living in a tent inside a camp. Now I can draw a picture of my teacher who I love so much, and I can write down the things we learned before from my teacher."

Once she received her kit, Mariam sketched this beautiful, and deeply meaningful drawing. 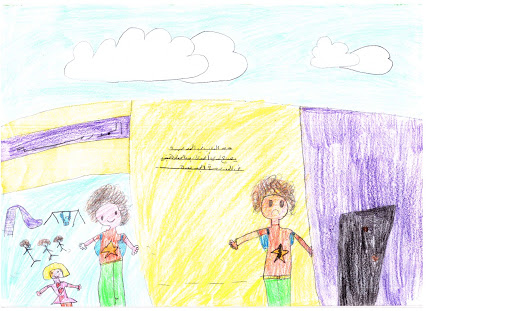 The drawing represents the school she dreams of. A place full of friends, a playground and a beautiful, happy teacher. On the right, she drew her school as she last remembers it. A scared teacher and a black playground full of rubble. Hurras know that by expressing her feelings and memories, Mariam will be able to process them, and having belongings and entertainment will make her displacement less overwhelming and painful. Thank you to the wonderful CanDoers who helped get Mariam and 687 like her these protection kits.

Check back in for my next month's Update from the Ground - or sign up to CanDo's newsletter for more like this.