Reflections on an anniversary

Freedom and dignity - eight years on

Today I finally stopped ignoring the various aches and pains I’ve had in my body for a few years and I went to the physiotherapist. As she examined me, she noted tense muscles and asked me if I have any stress in my life. An involuntary sigh came out and I found a sad smile on my face.

I thought, ‘how do I explain in a couple of sentences the enormity of the calamity of the war in Syria? The pain, suffering, torture and murder of millions of humans? How does one condense that into words?’ I started to speak but words failed me. I stuttered, eventually saying ‘I’m Syrian. It’s been a rough few years.’

As I sit here to write this I am struck by the banality of these words. By my inadequate ability to verbalise the significance of today - the anniversary of the Syrian Revolution. I smirk as I think of how I had absolutely zero idea about the enormous chapter that was beginning, not just in my life but in the lives of my family, friends, community, country and the world as a whole. I realise that after all these years, I still don't have the capacity to simply articulate what it means and how it has shaped every part of me, and so many others, right down to the tension that has manifested in my body.

Freedom and Dignity. That is the name of the revolution; those were the words being chanted by thousands of men, women and children across the country then, these powerful and empowering words that have been so battered over time but which are still spoken to this day. But what’s the point of commemorating anniversaries and who should be commemorating these events? ‘Lest we forget’ is the commonly used war remembrance phrase, but forget what? There is much to be remembered and forgotten.

I think these days are about reflecting on what are the lessons learnt. It is the lessons and not only the event, or events, that have unfolded that are universal lessons for all of humanity and that’s why the day is important; not just for Syrians but for all of us. We can shed tears and lament but only by extracting lessons and collectively learning, only by all of us renewing wholeheartedly our ‘never again’ promise, that something positive and meaningful can come out of such disasters. We cannot change the past but neither is it useful to keep holding the agonies it has brought forward with us into the future. We must find a way to release the pain in order to heal.

These are the lessons I am thinking about today.

The first is summed up in the words of Aleksandr Solzhenitsyn;

If only it were all so simple! If only there were evil people somewhere insidiously committing evil deeds, and it were necessary only to separate them from the rest of us and destroy them. But the line dividing good and evil cuts through the heart of every human being…

It is easy, especially in war to make ‘good’ and ‘bad’ of people. There certainly are shades and grades and some who have committed horrendous acts. Yet, I have seen myself and others embodying both. We are all capable of heroism and we are all capable of evil acts. Only constant self-awareness and growth, constant work on ourselves to choose, minute by minute, day by day, which of these two sides will I choose?

War brings out the worst in humans, but it also brings out the best and doomed is the person who only chooses to see the first. The everyday acts of selflessness and sheer heroism of ordinary people that I have witnessed is mind-boggling. Many are those who step up the plate and fly high under stress. It is this show of humanity in the worst of circumstances that keeps me hopeful of a better tomorrow.

Another is that, in war, everyone is a loser. I know what you’re thinking, some have lost so, so much more than others, and that’s true. But regardless of what side you’re on, there is immeasurable pain.

On one of my medical missions to Syria, I met an old lady in an abandoned school that had recently become her home. She told me that two nights previously, she had grabbed the hands of her grandchildren in the dead of night and walked them over dead bodies to escape the fighting in their hometown. They’d arrived after hours of walking to this old school. As this matriarch stood there surrounded by her children and their children, with a thousand creases on her face, each telling its own story, she asked me, ‘why are we fighting like this?’ She said that several weeks earlier she had stood in her garden and talked to one of the regime soldiers and said to him, ‘Why are we killing each other? We shouldn’t be doing this. Why are you here? Why don’t you go home to your wife and family?’ He told her that he hadn’t been allowed to see them for a year and a half.

They both sat there and cried together.

Third is to truly remember that people survive in crisis because of the remarkable work of the people in crisis themselves. People survive because of the local doctors, nurses and aid workers who are from the very heart of the affected community, the people who dare to work where others can't or won't. From the rubble of death and devastation arise the most gallant and noble human beings. We say it often but it is worth repeating; they are the beacons of light in the darkness of war.

Lastly, people do care. There have been many deep dark moments in the last few years. When it seemed like everyone was impervious to our suffering. Yet time and time again, humanity shone through. Millions of people from around the world rallied with us, contacted us in our pain, lent us a hand, contributed to our humanitarian efforts and told us - we hear you, we see you, we are with you. This gives me hope and propels me forward.

And so, as I finally recognise my pain and work to heal it, may this year be the year when the war finally stops and our collective healing begins. But most of all, may this anniversary act as a catalyst for all of us to renew our purist humanity and work for the freedom and dignity of us all. 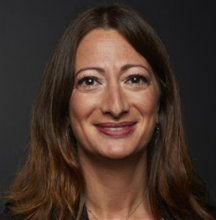