In the What’s going on? Series, Head of Programmes Dina talks to us about some of the biggest issues facing people living in war-torn communities. 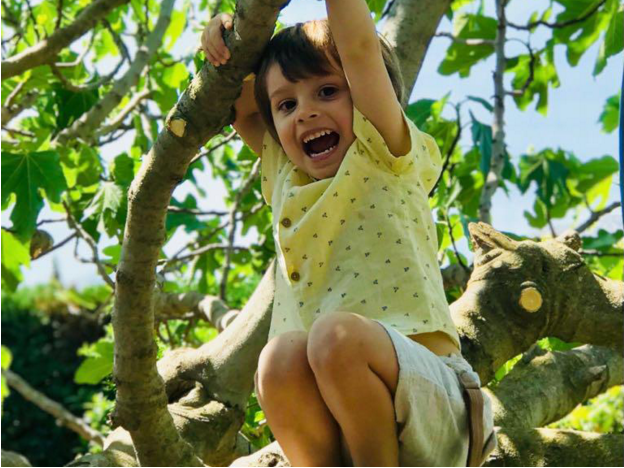 “Put the stick DOWN, you'll poke someone’s eye out!” “Stop spinning so FAST, you’ll fall off and break your arm!” “Don’t run with those scissors, you’ll FALL and stab yourself!”

This is is just the tip of the iceberg when it comes to the everyday worries I have for my kids - whether they’re shouted out loud across the park, or just played out in my head, I’m always looking out for them, hoping they will stay safe from harm. Whether you’re a parent, Auntie, Uncle, Granny or Grandpa, you will have delivered or witnessed similar cries for carefulness. And you’ll know how the next bit normally goes… “NO”, “why”, “but I’m just going to…” Not only do children have a natural instinct to play, they are the kings and queens of testing boundaries.

Of course, it’s natural to worry about the safety of children. But where in the UK and the US we worry about our kids playing out because of fears including abduction, traffic and pollution, parents and guardians in war-torn Syria are scared to let their children out to play in case they step on a landmine and blow themselves up. And where children in the ‘developed’ world are empirically safer than they have ever been, Syria’s parents are right to be worried. In 1999, at the start of my career in humanitarian NGOs, I was teaching children in Kosovo about landmines. As part of this, I had to visit families who had lost children to landmines and find out what had gone wrong, so we could take that lesson back to the classroom and (in theory) prevent the same thing from happening again. I met hundreds of families in my time there, but one sticks in my mind more than the others. I’m not sure if it is the scale of the loss that has kept it with me, or the wails of the mother and her female friends as I walked up to the house. Whatever it was, 20 years later it is still fresh in my mind.

A five-year-old was playing in the field outside of his house when he stepped on a landmine. His Dad and nine-year-old brother were nearby and instinctively rushed towards him. All three of them died. In a matter of seconds, a woman had lost everything.

Landmines don’t discriminate, which is why children in Syria are dying by following their natural instinct to play. Hundreds of children have been killed by landmines in Syria since the conflict began, which is why educating children - and whole communities - about these weapons is vital. If the Dad in my story had known that the worst thing you can do is run towards someone who has stepped on a mine, he may have been able to fight his instinct to run to his child. He may have stopped his other boy following him.

It’s impossible to keep children indoors and watch them 24 hours a day, which is why resources and outreach programmes are normally focused on how to identify a landmine and what to do if you come across one. I once saw a group of children lifting anti-tank landmines into a swimming pool in an attempt to use them as floats. To them, these intriguing objects are simply new toys to be prodded and played with. We all know that telling children not to do something can often have the opposite effect, so getting the message across in the right way is essential.

When I was working in Kosovo, we had a group of teenageers who liked to hang out in the nearby woods. We knew there were landmines in there and told them why they should stay away, but they continued to go there. It wasn’t until we started to use more literal methods that they finally gave up their favourite spot - challenging them to eat a sweet or take a drink with their hands behind their backs, demonstrating the harsh reality of losing limbs. Children learn by doing and they take lessons from stories, rhymes and songs that they want repeated again and again. That’s why Hurras’ Tayara Warak magazine is so successful in helping children stay safe. The colourful magazine is produced monthly by Hurras’ team of dedicated volunteers and includes a collection of educational stories, songs and games that teach children about issues including the dangers of landmines and what to do if they find one. You can help save the lives of children in Syria.

Tayara Warak is the only children's magazine of its kind - if Hurras can’t raise the money needed, they will no longer be able to print and distribute this life-saving resource. Please contribute to and share their campaign so that they can continue to deliver this vital support to children living through war: https://www.candoaction.org/kites-not-shells 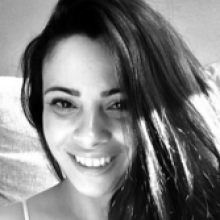 Dina has worked in 28 countries across the globe, often at the front lines of conflicts. Dedicated to supporting first responders, her career has focused on assisting people and communities in most need by providing the ability to become self-reliant.